“536 tonnes of componentry, shipped from Sydney on 24 semi-trailer trucks” 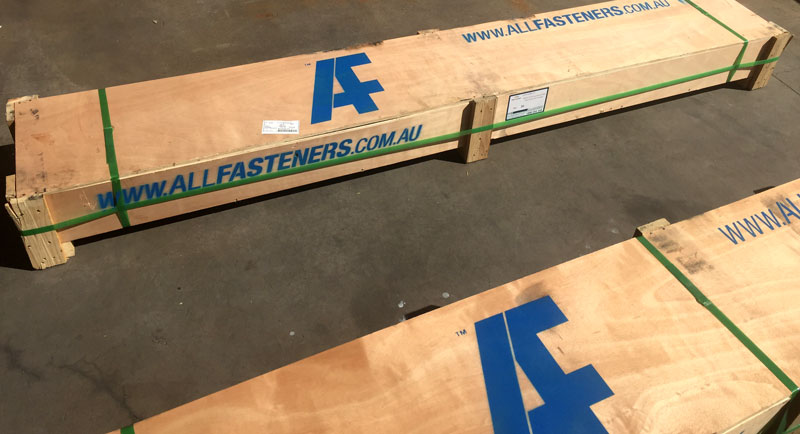 The largest wind farm in New South Wales is being built just west of Glen Innes, in the New England Tablelands. And there to provide critical componentry is Australian industrial fasteners supplier AF Industrial.

White Rock Wind Farm, the $400 million, 199 turbine development that will eventually provide green energy to 75,000 homes, is a project initiated by Goldwind Australia, a subsidiary of Chinese organisation China Energy Conservation and Environmental Protection (CECEP) Wind Power. This, and the support provided by the Australian Government Renewal Energy Target legislation, has the made the project possible and is creating opportunities for many Australian contractors and skilled trades.

Working in close consultation with White Rock’s engineers, Allfasteners were commissioned to manufacture and supply foundation bolts, pipe sleeves, split rings and various structural-grade fasteners to be included in the hold down bolt assembly, making a secure and stable footing for the turbine towers.

And the job has been no small feat. In total, Allfasteners is providing 536 tonnes of componentry, shipped from Sydney on 24 semi-trailer trucks. This type of order is considered to be a sign of things to come for the company, who have made their name through the supply of fasteners to the construction industry. Jim Strange, caretaker of the heavy industrial and infrastructural side of AFI's offering, is pleased with being involved in the project.

“Before our involvement, this project had created a lot of buzz in the media. So of course, we’re only too pleased to be involved,” said Jim. “And to be able to blend our expertise with that of White Rock’s technicians and engineers is very exciting. It’s a great feeling to be involved in something that is not only a record-sized development for New South Wales, but also something that will make a difference to the lives of so many, as well as the environment.”

The wind farm is due to start operating in a preliminary capacity in early 2017, with full completion due in late 2017. Along the way, AF Industrial are looking forward to helping White Rock adhere to their completion schedule through consultation and possible further supply of componentry for additional infrastructure.

“We have set up a relationship now,” says Jim Strange, “considering we had the first semi-trailer load on site within six weeks of the signed contract, White Rock now sees us as a trusted and reliable partner with fast-turnaround lead times for customised structural components and fasteners. Should CECEP continue with more clean energy projects in Australia, we look forward to helping them out.”