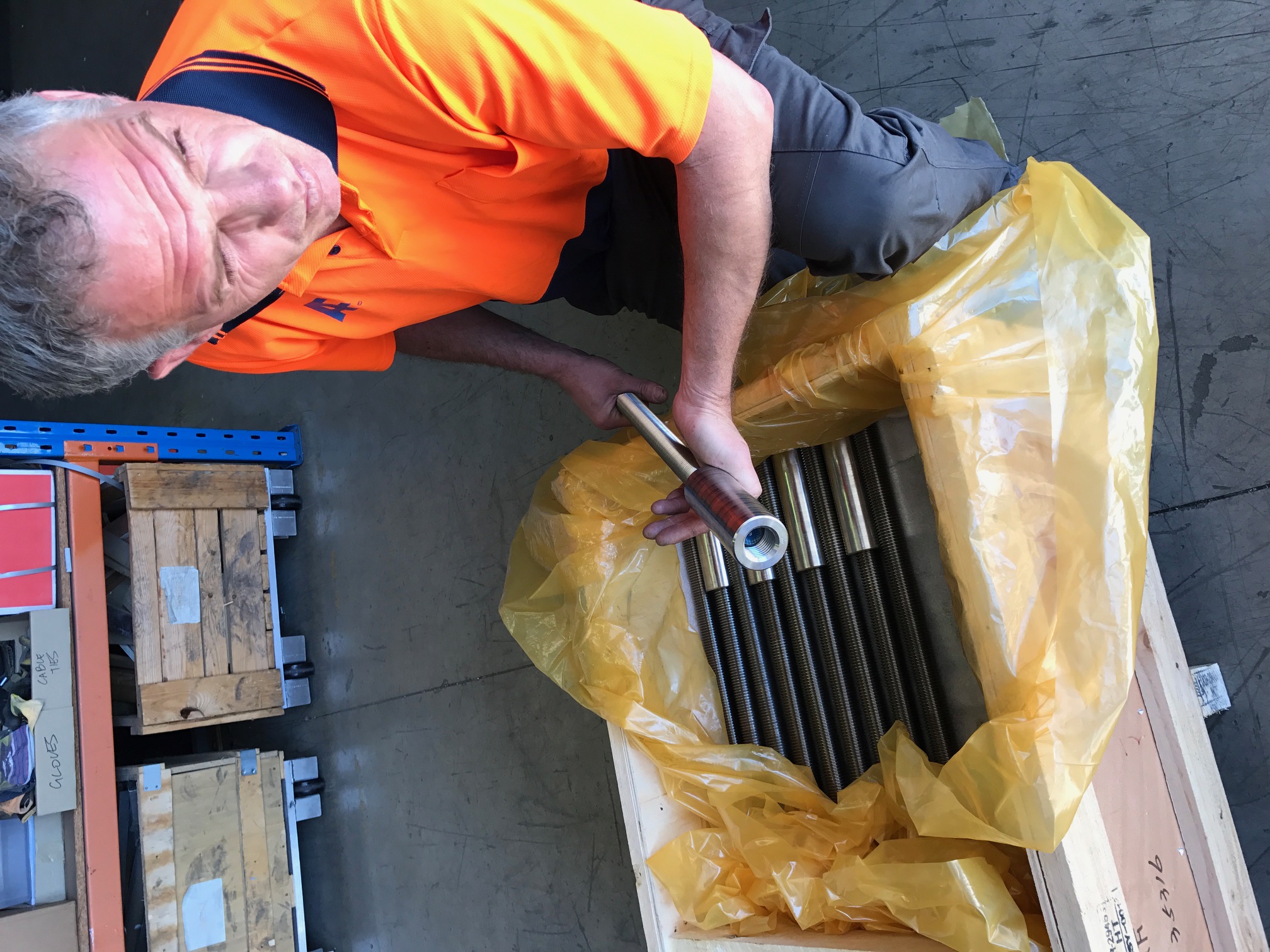 Sydney’s WestConnex project continues to steam ahead, with the construction of the new M5 road extensions and tunnel, which will decrease travel time for commuters travelling between Kingsgrove and St Peters.

At the St Peters site, new overhead toll gantries are being installed, mounted on cantilevered supports. To adhere to engineers’ specifications, heavy fasteners made from 2205 duplex stainless steel was required. This is not a readily-available product, as each project and application usually has its own unique requirements for placement and embedment. These needed to be made from scratch.

The choice of duplex 2205 (or its close cousin, 2507 super duplex) was due to its high chromium, molybdenum and nitrogen content – a combination that demonstrates an extremely high corrosion resistance compared to 316 and 316L in most environments. The material is also resistant to chloride stress corrosion cracking and temperatures of up to 150°C – an essential requirement for embedment in sun-exposed concrete. For bearing the weight of the cantilevered gantry, a heavy fastener needs to feature a tensile strength of at least 90ksi – duplex 2205 has this.

In Australia, most regular engineering firms are not equipped to produce or source products like this. And they are particularly lacking in turnaround time capabilities when a project timeline’s success hinges on it.

This is why construction contractors CPB turned to Australian company AF Industrial (AFI). With decades of experience and success in manufacturing and sourcing in oil and gas, roads, rail and other large infrastructure projects, AF Industrial were chosen to solve the issue. AFI has also developed a reputation for delivering in a short turnaround time, thanks to its big network of suppliers as well as in-house fabrication capabilities – an example is the work done on hold down cages—in conjunction with AFI’s parent company, Allfasteners—at the White Rock Windfarm  in Glen Innes, NSW, Australia.

These customised fasteners have been delivered to CPB—before the deadline—and are now being considered for similar installations along the WestConnex project.

“CPB has been really impressed with us,” says AF Industrial’s Josh Davis. “And it has made other contractors involved in this project more aware of our capabilities, so we look forward to not only working for them, but alongside them in the future.”