“...they saved us thousands in equipment hire hours.” 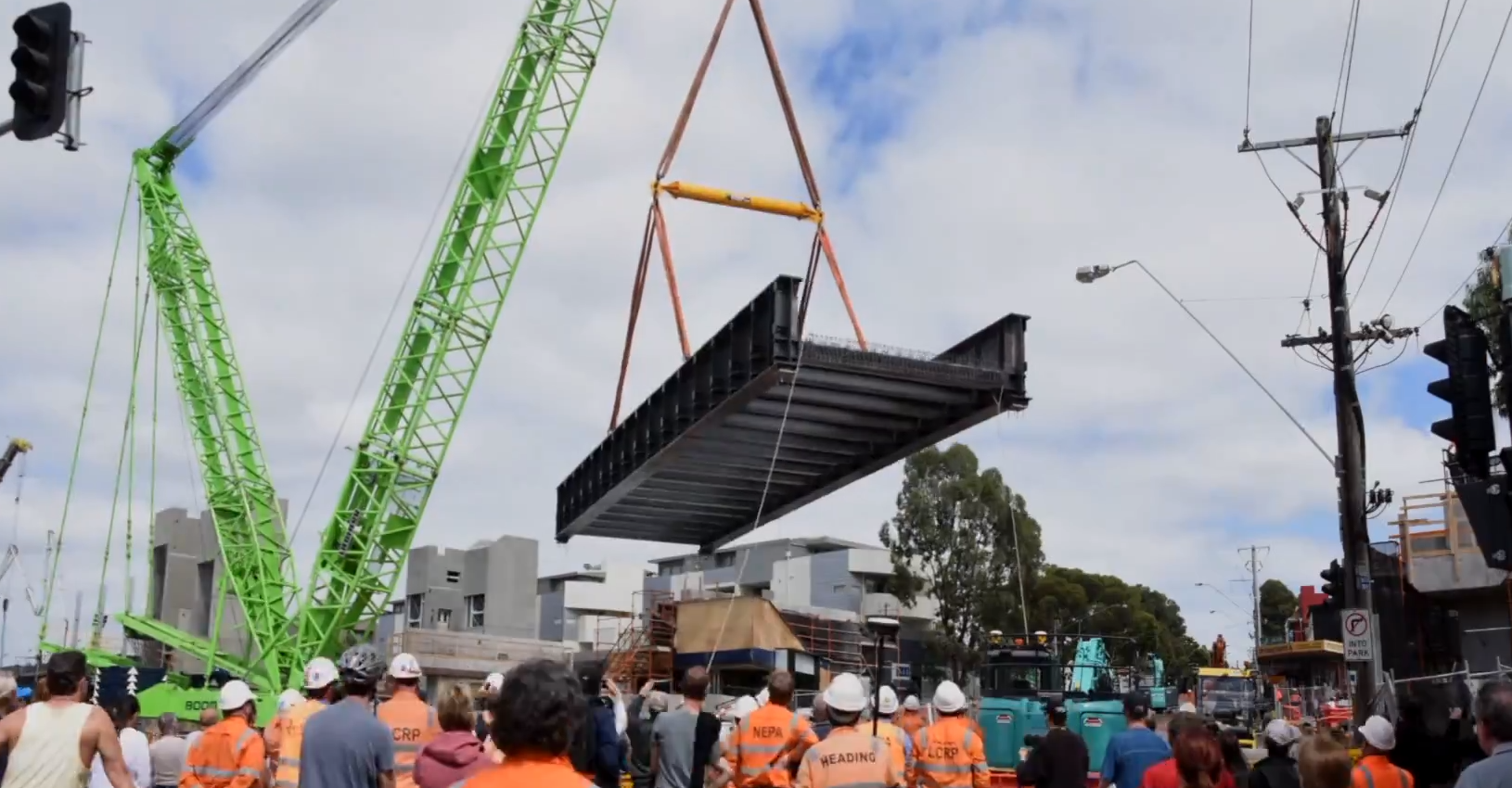 "...we realised that the chances of any supplier having this product in Melbourne would be almost a zero percent. But there you go; AF Industrial do keep it."

North Eastern Program Alliance (NEPA) is an alliance between Metro Trains Melbourne, Laing O’Rourke, Fulton Hogan and Jacobs, partnered with the Level Crossing Removal Authority in Melbourne. They have been overseeing and working on the Clifton Hill to Rosanna section of the Hurstbridge rail line, which includes a duplication of single line between Heidelberg and Rosanna, a level crossing removal at Grange Road Alphington and new rail bridges over Burgundy Street in Heidelberg and Plenty Road in Rosanna.

To adhere to the deadline for completion of the Rosanna rail bridge, NEPA’s collaborative crew have been working on site on both days of the weekend for many weeks. On an early April Sunday morning in 2018, major components of the bridge were due to be lifted onto the pylons, aided by a 600-tonne crane.

As part of the bridge installation, NEPA needed supply of several hundred M30 8.8 galvanised studs to help secure and assemble the structure. Realising they needed additional rods to build to load-bearing specifications that day, they looked around for a supplier who could help them. And having the crane on lease was costing them thousands of dollars per hour while it was doing nothing, so the urgency was at a peak. Being a Sunday, finding fastening stock was no easy task. But they found a Melbourne-based supplier whose reputation for going above and beyond proved itself correct again.

AF Industrial (AFI) specialise in the supply of studbolts and customised heavy fastening products to many major infrastructure companies across the southern hemisphere, via their in-house fabrication workshop and their network of external manufacturers. And AFI representative, Kyle Strange, got the call from NEPA on that Sunday – at 6:30am.
As the only person available in Melbourne who could help, Kyle was only too pleased to contribute to the success of this major project. Within an hour, Kyle and a NEPA purchaser were at the western suburbs warehouse (some 33kms from Rosanna), loading the required number of rods onto a truck. The rods were delivered to site, and downtime for the non-use of the crane was minimised from what could have potentially been a drastic cost blowout for NEPA.
A representative from NEPA is singing the praises of Kyle and AFI.

“Once we saw we were low on stock, it was all systems go on the phones. And we realised that the chances of any supplier having this product in Melbourne would be almost a zero percent. But there you go; AF Industrial do keep it. And they saved us thousands in equipment hire hours.”